Over the past decade, Social Media data and especially Volunteered Geographic Information (VGI) have played an increasingly important role in disaster management. Digital volunteers, who collaborate with each other online, have a high potential to improve decision-making by collecting, assessing, analysing and verifying valuable, crisis-related information from services such as Twitter, Facebook or YouTube. Volunteer and Technical Communities (V&TCs) have grown over time and formed specialised digital volunteer communities, such as the Humanitarian OpenStreetMap Team (HOT). Nevertheless, the response to various recent disasters reveals a gap between the data created by the V&TCs and the requirements of the response organizations and operational decision-makers.

To analyse this in more detail, the Institute for Public Safety and Emergency Management (University of Wuppertal) and the Humanitarian Technology Lab (Delft University of Technology) jointly organized the workshop "Volunteered Geographic Information (VGI) and Decision-Making in Disaster Management". This interdisciplinary workshop was organized in the context of the research project “Motivation and Participation of Digital Volunteer Communities in Humanitarian Assistance: Models and Incentives for Closing the Gap to Decision Makers” and took place on 21st - 22nd January 2020 at the TU Delft Campus in The Hague. The program was coordinated by Tina Comes and Bartel Van de Walle (TU Delft), as well as Ramian Fathi and Frank Fiedrich (University of Wuppertal). Thomas Baar and David Paulus (TU Delft) created the fictitious scenario and moderated the planned exercises. 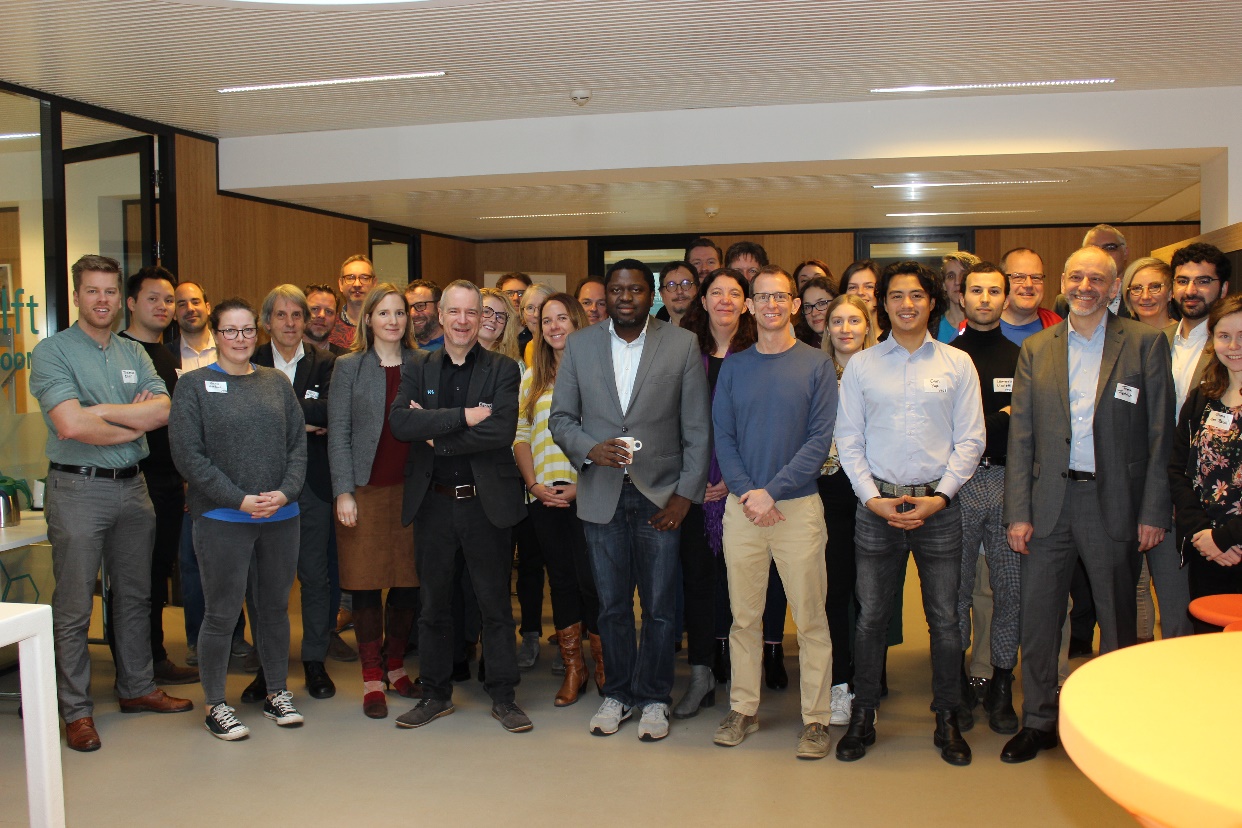 The goal of the workshop was to gain insight into and a deeper understanding of how virtual information flows and products can be designed to meet the requirements of decision makers (DM) to therefore increase the use of information, which is provided virtually. The workshop aimed at identifying the role of Volunteer & Technical Communities (V&TCs) in supporting decision making in humanitarian disaster management.

The workshop used a scenario-based setup, where a pandemic disaster scenario served as the overarching case study. The data and information was created based on real data from a pandemic and were manipulated in such a way that no direct conclusion about the disease and affected places was possible. The sparse database was thus mapped realistically, whereas the countries in the scenario were fictitious.

Dennis King (US State Department), who gave a keynote speech analysing various points for cooperation between digital volunteers and decision-makers, opened the workshop. Further talks were given by Godfrey Takavarasha and CJ Hendriks (UN OCHA), as well as Emma den Brok (TU Delft). 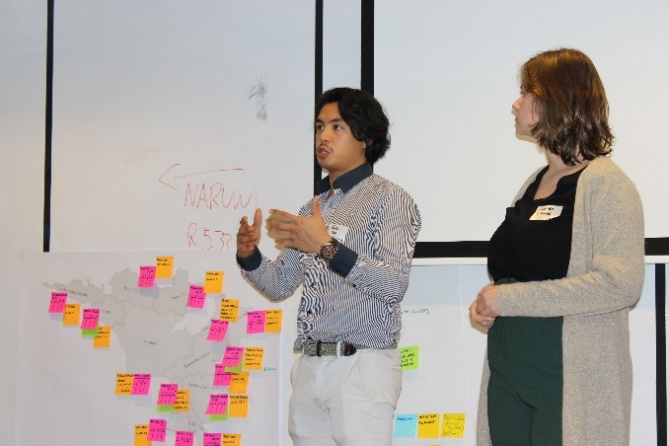 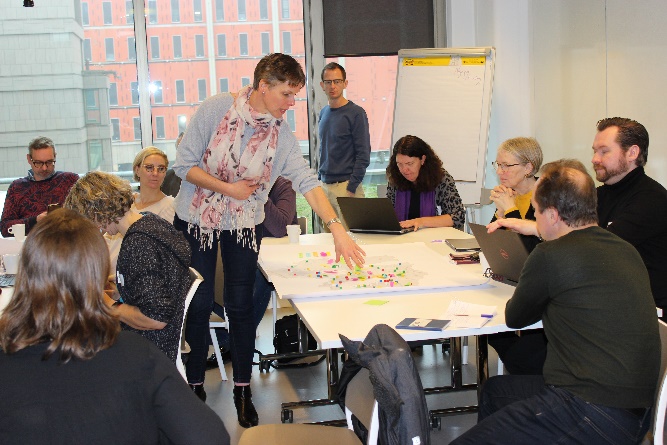 The two days were divided into three work phases. The first day was dedicated to understanding the workflows and information sharing and analysis strategies of the V&TC. On the second day, the focus was on the interaction between DMs and V&TCs. After a introduction by the V&TC groups, the DMs were shortly briefed on the scenario and introduced to their task of allocating resources (treatment units) to the areas affected. To do so, they had to rely on the material prepared by the V&TCs on day one. 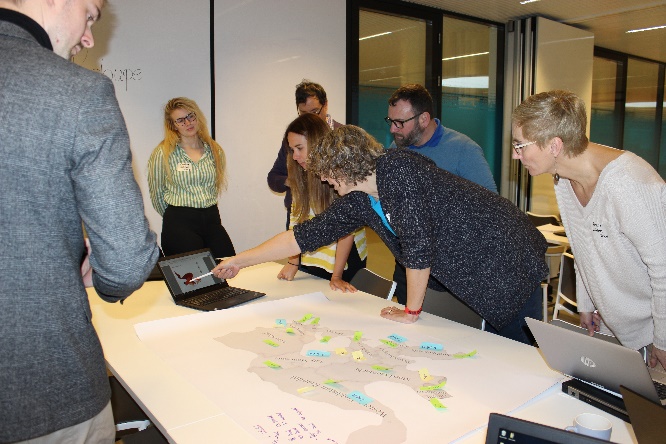 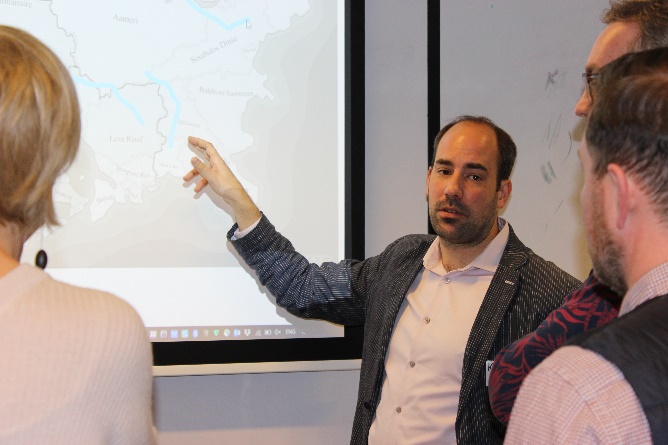 After an update of the crisis situation and the possible global pandemic, the task continued to be the definition of areas in which further treatment centres were to be positioned on a regional level. The working environment of the DMs and V&TCs was spatially separated for this phase, so that communication via email had to take place. The final reflection and debriefing made it possible to jointly develop the first results and highlight the need for further research in the subject areas. After a first look at the observation protocols and the answers to the survey handed out to the participants, the scenario exercises carried out allowed conclusions to be drawn about the workshop objectives listed above. 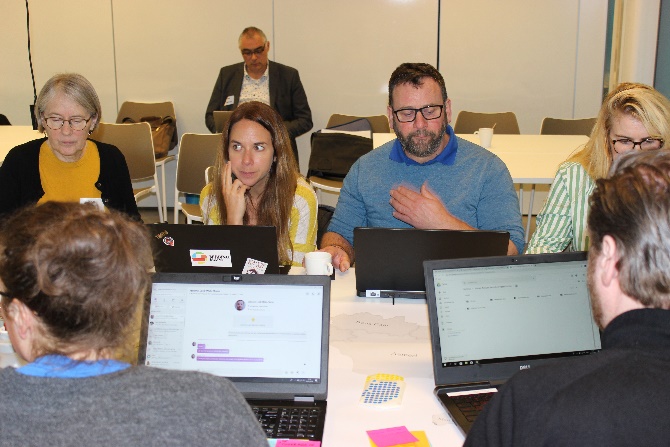 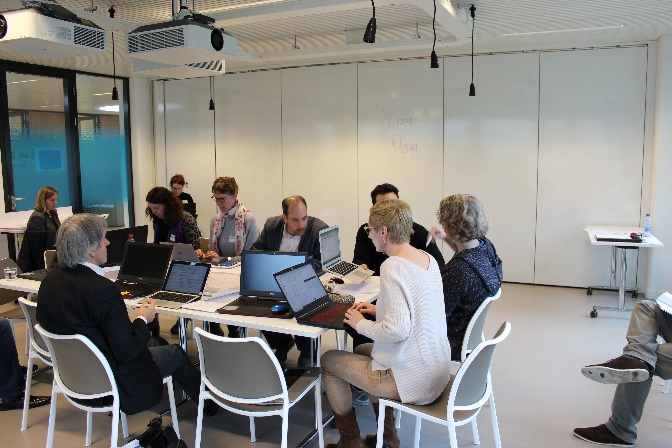 Most participants noticed the diversity of the information received, but only a few were able to use or communicate it effectively. It was also shown that direct communication between the two groups resulted in a significant benefit. Advantages listed were to learn about needs and requirements as well as mind-set’s and reasoning. In addition, various forms of communication and structuring approaches were observed, which allow further conclusions to be drawn about the procedure for prioritizing goals and the relevance of information management.