Tag Maps are similar to Tag Clouds, but Tag Maps use the spatial information that is attached to geotagged photographs, in addition to tag frequency, to visualize tags on a map. This Library uses the single-linkage tree that is available from HDBSCAN to cut trees at a specific user-defined distance for all available tags in the given dataset. Afterwards, Alpha Shapes are generated as a means to allow ‘soft’ placement of tags on a map, according to their area of use. Two Shapefiles are generated that can be used to visualize results, for example, in ESRI ArcGIS. 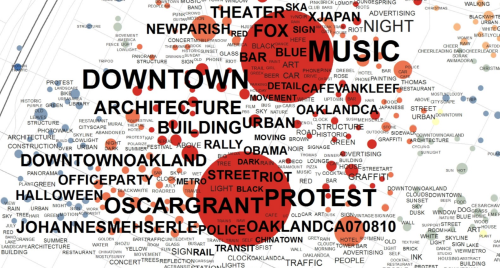 Based on the papers:

Dunkel, A. (2016). Assessing the perceived environment through crowdsourced spatial photo content for application to the fields of landscape and urban planning. Thesis, TU Dresden Landscape and Environmental Planning. DOI / PDF 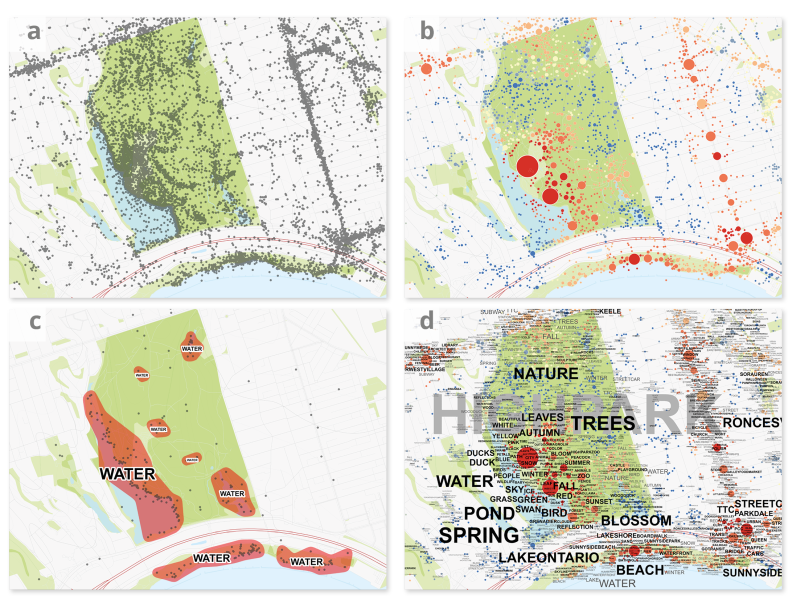 See the documentation for a complete guide to setup tagmaps package in Windows 10.

See the tagmaps documentation for additional information, guides and tutorials. There is also an external API reference available.

Tag Maps Package can be used with any tagged & spatially referenced data, but it has been specifically deveoped with Social Media data in mind (Flickr, Twitter etc.). There’re two ways to load input data:

The code has been completely refactored in January 2019, but there are still some missing pieces. Particularly the API (that is: import tagmaps) is still in an early stage. See method main() in main.py for examples on how to use tag maps package.

This project includes and makes use of several other projects/libraries/frameworks: